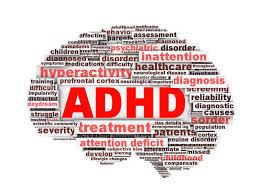 I am a member of an ADHD group for black women. I've been in the group for so long I'm not certain how long I've actually been there. The group has been so reassuring over the years and has constantly reminded me that I am not alone.  I was diagnosed back in the mid-nineties with ADHD and was promptly medicated after the discovery. Being the child that  I was I refused to take my medication and I've been unmedicated ever since. Having run across an article posted in the group called "It took me until I was 25 to get diagnosed with ADHD. I assumed my symptoms were personality quirks", It was a great read that highlighted some pretty good things. However, I found myself with this thought "It's great she's got her diagnosis but what about those of us diagnosed you who have to get rediagnosed to get help?" I ended up asking myself was I any better when I was actually being treated for it, was the medication actually helping? after all this time I still remember the name of the medication I was prescribed I wondered if it was still used for ADHD today. My shock? It was never used for ADHD at all. In fact, it was prescribed for Major Depressive Disorder; I was NEVER treated for ADHD even though I was diagnosed with it!
The bothersome thing about finding this out is not that I was diagnosed and never actually treated for it, it's because as an adult my ADHD was kicking my tail and I was so desperate to get myself together that I sought therapy to get the diagnosis and hopefully get medicated. My mental health records from when I was a child were for the most part lost from the state to state move. I was 16 when the move happened and didn't really decide that my mental health was important until I was almost 30. That made tracking down my records difficult. Businesses had closed and my mothers memory not too great on the name of the practice. So my journey as of lately has been to get help with ADHD.
The first therapist I had for my depression was white and I didn't feel like I could really talk to her about racial issues, I'd searched for black therapists in this city and they are scarce. My second therapist was a black man and although I liked him very much we only addressed depression and honestly, I felt as though I was paying him for me to show up and help myself. Not his fault entirely I'm just very headstrong and I love psychology so a lot of times I could teach myself to see things differently once I got there. My most recent therapist is white. One of the first things I explained was that I had been searching for a long while for someone who wasn't going to just sit there and let me complete the session myself and talk myself into thinking I'm fine. She was all for it, from that moment on she was on my butt about things and I really enjoyed our sessions for the first time since I started seeking help I left therapy feeling as though a weight had been lifted from my shoulders. We were finally getting somewhere...so I thought. Even though therapists know how difficult it can be living with ADHD I think that a lot of times it takes a back seat to depression. Every time I've tried to get help the focus has always been on my depression, ADHD is always a topic for another day. One day I just want to be able to get from point A to point B without having to start at Z. Sometimes, at 37 I find myself asking "at this age is it really worth it?"

May 09, 2020
This is more or less an impulsive post. After many years, for the first time, I decided to watch Good Will Hunting. Of course, I'd seen it referenced in Jay and Silent Bob Strike Back, but I'd never once actually seen the movie. I was quite shocked to see that Robin Williams was in this movie. Although the movie was an award-winning drama and was meant to play at your emotions, the entire time I couldn't help but feel saddened by the absence of Robin Williams in real life.
24 comments
Read more